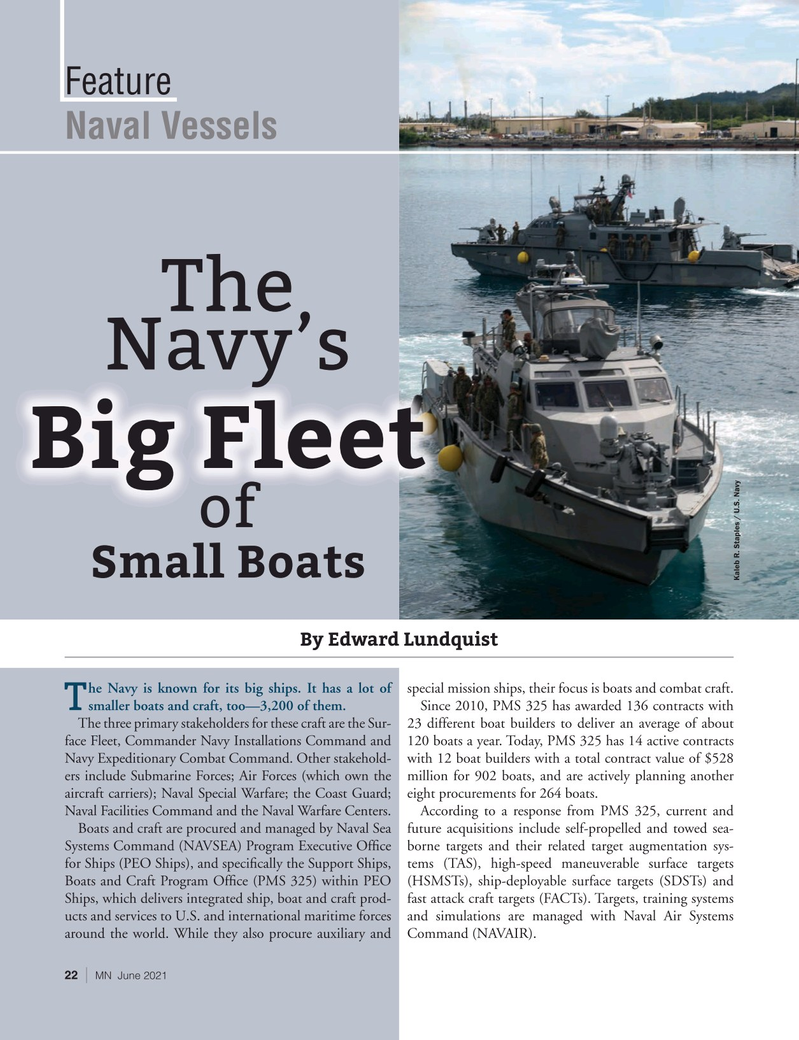 By Edward Lundquist he Navy is known for its big ships. It has a lot of special mission ships, their focus is boats and combat craft.

The three primary stakeholders for these craft are the Sur- 23 different boat builders to deliver an average of about face Fleet, Commander Navy Installations Command and 120 boats a year. Today, PMS 325 has 14 active contracts

Navy Expeditionary Combat Command. Other stakehold- with 12 boat builders with a total contract value of $528 ers include Submarine Forces; Air Forces (which own the million for 902 boats, and are actively planning another aircraft carriers); Naval Special Warfare; the Coast Guard; eight procurements for 264 boats.

Naval Facilities Command and the Naval Warfare Centers. According to a response from PMS 325, current and