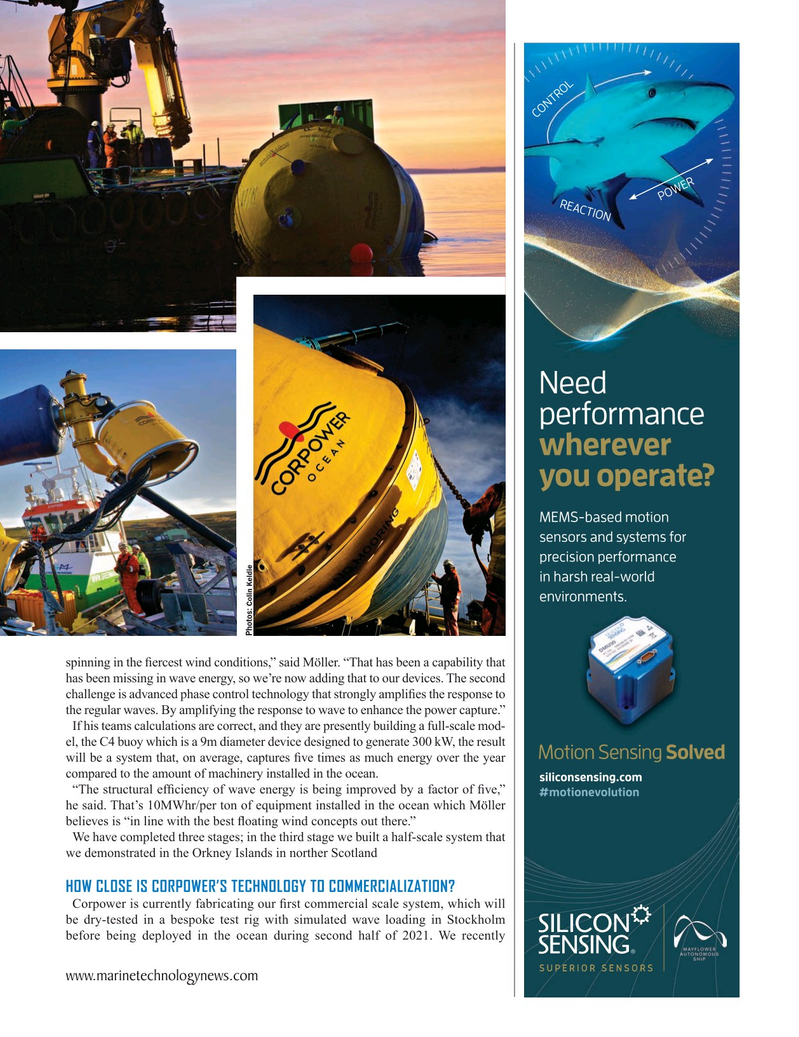 Photos: Colin Keldie spinning in the ? ercest wind conditions,” said Möller. “That has been a capability that has been missing in wave energy, so we’re now adding that to our devices. The second challenge is advanced phase control technology that strongly ampli? es the response to the regular waves. By amplifying the response to wave to enhance the power capture.”

If his teams calculations are correct, and they are presently building a full-scale mod- el, the C4 buoy which is a 9m diameter device designed to generate 300 kW, the result will be a system that, on average, captures ? ve times as much energy over the year compared to the amount of machinery installed in the ocean. siliconsensing.com “The structural ef? ciency of wave energy is being improved by a factor of ? ve,” #motionevolution he said. That’s 10MWhr/per ton of equipment installed in the ocean which Möller believes is “in line with the best ? oating wind concepts out there.”

We have completed three stages; in the third stage we built a half-scale system that we demonstrated in the Orkney Islands in norther Scotland

HOW CLOSE IS CORPOWER’S TECHNOLOGY TO COMMERCIALIZATION?

Corpower is currently fabricating our ? rst commercial scale system, which will be dry-tested in a bespoke test rig with simulated wave loading in Stockholm before being deployed in the ocean during second half of 2021. We recently www.marinetechnologynews.com